Competitors must design and build a robot to address the challenge, scoring points as their

While most teams are school-sponsored, Cyber Phoenix is a privately organized team coached by Jim Poston who is assisted by his son Ryan, a senior in High School.

Out of the Cyber Phoenix team, Joshua is the only team-mate who made it to the state

"I could not have done it without the support of my team," Joshua said. "Especially Ryan, who

taught me how to input the code (into the robots operating system)."

This year's competion was called "Skyrise". It involved programming one's robot to build a post

using prefabricated segments, and then stacking framed cubes onto the post.

This year was Joshua's first year in the robotics program. It is a remarkable achievement that he won the state championship.

To reach the final, Joshua had to successfully compete in a number of regional competitions around the state.

"I like it because of the math in it. Math is also what got me into music," Joshua said. "I

like the patterns in music -- the rhythm and the relationship between the notes. Music is

"The robotics competition involves a lot of skill and precision. Skyrise sections -- look like

pegs that can be nested into one another. First you had to take them and create the Skyrise

base. Then you have to stack as many framed cubes as possible.

"I designed a pneumatic device for my robot. It was able to grab the skyrise sections. A model

I designed earlier involved friction. It did not work as well. The new solution involved air

pressure. It was a lot more effective because of the pneumatics."

dominated the morning. He went into the afternoon round undefeated. This gave him the opportunity to select his team-mate in what is called the the alliance round.

The first ranked competitor gets to pick who he will partner with in the alliance round. This

round pits two competitors working as a team against two other teams.

Joshua's domination of the morning competition put him the privileged position.

"You have to identify the robotic design from another team that complements your own robot,"

"On the field you have to have a preplanned strategy with your alliance partner. So you have to

work together to beat the opposing alliance."

In the afternoon, Joshua partnered with a team called "8,000" consisting of students for Head-Royce Middle School and High School, a private school in Oakland.

The robot costs thousands of dollars. Joshua and his family has raised money from family,

once he learns the new challenge. He will dismantle the robot he has now and get it ready for redesign. Design features will depend on what the particular challenge is.

"Robotics involves programming, mechanics, and engineering," Mrs. Wilmerding said. "It has been a great experience for Joshua.

"Its amazing how all things go hand in hand," she said. "The love of music and the fascination with math and how that translates to robotics with the mathematical/physics concepts that programming is based on!" 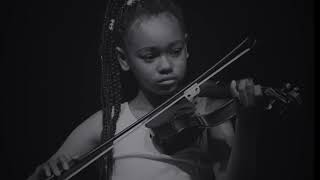 YACM Board of Directors Vote to Re-Open!